Next month I will be running my semi-annual Free Trial Offer to my VIP TRADERS CLUB.  This is your opportunity to road-test my service.  But I must warn you – it is not for everyone.  To achieve trading success with us, you will need to do some work  yourself and to examine your motivations. Really serious traders who are willing to learn – and not repeat the mistakes of the past – do really well as a member.  You must be willing to exercise total discipline in applying my simple Money Management Rules.  Then, you have given yourself a good chance to succeed in growing your account.

I will issue further details shortly.

I  waxed a tad lyrical last time about how tech is disrupting the world of business and right on the heels of the seekingalpha article I quoted, here is another on how Fintech is disrupting the banking system.  If the big banks are way behind the curve on this, I really don’t see how they can remain as profitable on retail banking – and lends one more reason why I remain bearish on the big banks.

Of course, another hugely disruptive technology coming down the pike is electric vehicles (EV).  Momentum is building for a massive increase in production.  Today AEP has an article outlining this transformation.  Did you know that Norway has a 30% penetration of EVs already?  And this is a nation that has crude oil coming out of its ears!  I believe that says a lot about the credibility of this movement.

One fly in the ointment is the capacity of our National Grid to cope with the added demand especially at peak times.  And how is this added power going to be generated? Seems ‘green’ renewables may not be able to do it leading to fossil fuels being necessary – and thereby canceling out the original motivation of the green movement to cut emissions.  What irony!

But for now, the positive mood that is driving this transformation – as reflected in the rising stock markets – remains alive.  But when the markets do finally turn down, we shall see bumps in the EV road getting larger.

The proof that governments are always too late

Large organisations take forever to ‘solve’ a problem and often by the time they implement changes, the problem has already disappeared.  Governments, who are the largest and slowest of bureaucracies of all, are forever fighting the last war.  And central banks, being essentially an arm of the  government, are especially prone to this as I have shown many times in the past – they only react to interest rate changes when the market has already moved.

But what caught my eye this week was the latest data on UK immigration.  This was a central theme in the Brexit vote last year and it was said that the reason the majority voted for Brexit was concern for the high and uncontrolled levels of immigration from the EU, especially from the poorer eastern regions.

And last year, the issue of immigration was high on the political agenda and as a true contrarian I then forecast that by the time government would actually have laws in place to restrict it, it would be a non-issue and the rate of EU (and other) immigration would drop to a fraction.

And that is the message from the most recent data – numbers of immigrants from Eastern Europe are falling dramatically.  In fact, UK farmers are getting worried they cannot find enough seasonal labour to harvest their crops.  Talk about unintended consequences!

Barclays heads south, as I forecast

For VIP Pro Shares member, I have been trading some shares long and some short and Barclays is one of those in my short list.  I have been bearish the banks for some time and in the next stock market bust, they will be leading the way down, as they did in the 2007 – 2009 Credit Crunch.

In fact, I was waiting for the relief rally to turn back in February and caught it with high accuracy.  This is the daily chart I have two sets of tramlines working.  The larger scale (blue) set shows the tramline break and kiss and then a scalded cat bounce consistent with a bear trend.  My first short was at the 224 level on February 27.

After that, I could draw in my small scale pink tramlines and now the market has dropped below the crossing of the two T3s.  That is very bearish action because now the T3s are lines of resistance.

In February I set my major target at the 180 level which should be the end of minor wave 3 (purple) prior to a relief wave 4 rally.  But the main trend is very much down.  My ultimate target is under the Credit Crunch low of 43p. 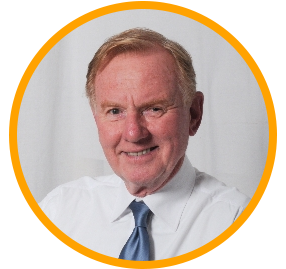